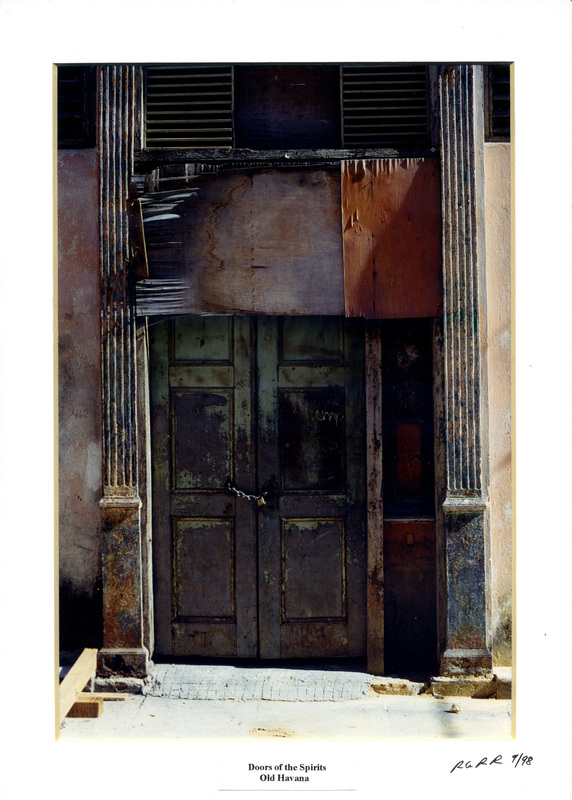 Cigars, rum: two received ideas about Havana.
The music is sublime - Havana is the most musical city I have ever experienced: music on the streets, in the cafes, in the bars, in the hotels, in the restaurants, on the rooftops: LIVE music.
Music: the reason for my first visit to Cuba.
Filming in the street by the police station in the oldest part of Havana, I was taken by surprise.
For two reasons: I suddenly noticed the amazing doors, then as I filmed them I had my film camera snatched out of my hands. It smashed on the cobblestones - the young man had thought it was a light digital camera, not a heavy Super 8 - just as rapidly he leapt away with my shoulder bag  which only had a mini-guide to Havana in it.
A very good friend loaned me his excellent stills camera, so this made my film Doors of the Spirits possible.
Below are some of these doors, in another form, following the concept of the 'modulable form' which I explain in my book
Cinema and the Audiovisual Imagination.
To watch the doors, let your mouse hover over the top left of the door below.
NEXT